Jupiter/Uranus and an epidemic of UFOs 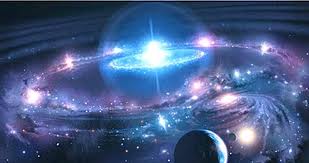 As I wrote the other day, Jupiter and Uranus reach the pinnacle of their second conjunction tomorrow, this time in Pisces.  The combination of Jupiter and Uranus can make for some pretty big (Jupiter) surprises (Uranus) that challenge the status quo (Uranus) of what we believe (Jupiter), so I think we can safely file the plethora of UFO sightings over the past few days under the Jupiter/Uranus conjunction!

The truth may be stranger than we think.  Many UFO researchers now believe that unidentified or alien visitors are interdimensional rather than intergalactic travelers.  That too would fit under the tendency of Jupiter/Uranus to expand (Jupiter) the mind beyond ordinary reason (Uranus).