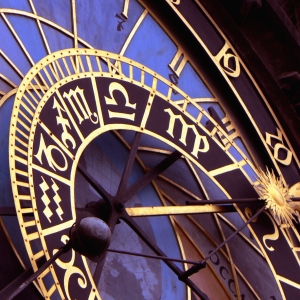 Thanks to my friends at Astrococktail for finding the Pew Forum on Religion and Public Life study which compares beliefs of Democrats to Republicans: evidently 14% of Republicans “believe in” astrology compared to 31% of Democrats.  I put the words “believe in” in quotes, because astrology isn’t something you believe in.  You see it work, and then you know it’s true.
Republicans tend to be more conservatives than Democrats, and they are much better at conforming to established beliefs which is why they are more effective at passing their agendas than Democrats are.  Democrats are more Uranian, allowing for more diverse views and freedom of thought, which tends to result in a more open mind (although it also creates problems when trying to find a majority in Congress to pass anything).
Another interesting finding is that 30% of Democrats believe in spiritual energy compared with 17% of Republicans. However, 39% of those identifying as liberals believe that yoga is a spiritual practice, but only 30% “believe in” astrology.
White protestant evangelists who attend church weekly were the least likely to “believe in” astrology (only 8%) but 29% of Black Protestants and Catholics expressed belief in astrology.
There’s lots of interesting data here!  Check it out.

read next post
Santa, Capricorn, and Mars retro
archives most recent
More from Beliefnet and our partners
previous posts