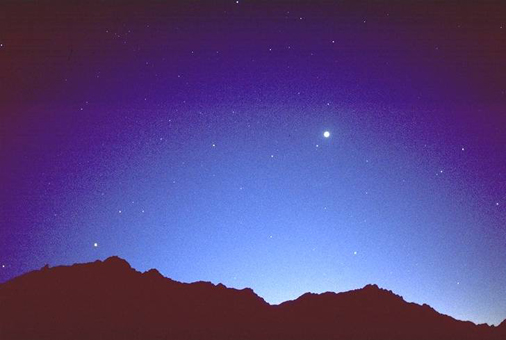 I was taking in my daily dose of hilarity on Matthew’s blog this morning where he has a post about asteroids that begins with a comment about Lincoln’s Sun being conjunct Lucifer which has caused some astrologers to say that Lincoln is the Antichrist”
The whole thing about Lucifer being Satan is bizarre to me.  Lucifer is the “Light Bringer,” the “Morning Star.”  So how did he get from bringing the light to representing the devil?  This article from the Theosophical University Press has some interesting information on the subject.

Lucifer means lightbringer, from the Latin lux “light” and ferre “to bear or bring.” The word Lucifer is found in only one place in the Bible — Isaiah 14:12 — but only in the King James and related versions: “How art thou fallen from heaven, O Lucifer, son of the morning! . . .”  In other translations we find: “O shining star of the dawn!” (Moffatt) or “O morning-star, son of the dawn!” (Hebrew Bible). The King James Version is based on the Vulgate, the Latin translation of Jerome. Jerome translated the Hebrew helel (bright or brilliant one) as “lucifer,” which was a reasonable Latin equivalent. And yet it is this lucifer, the bright one or lightbearer, that came to be understood by so many as the name for Satan, Lord of Darkness.

Time, then, and the heaven came into being at the same instant in order that, having been created together, if ever there was to be a dissolution of them, they might be dissolved together. It was framed after the pattern of the eternal nature, that it might resemble this as far as was possible; for the pattern exists from eternity, and the created heaven has been, and is, and will be, in all time. Such was the mind and thought of God in the creation of time. The sun and moon and five other stars, which are called the planets, were created by him in order to distinguish and preserve the numbers of time; and when he had made their several bodies, he placed them in the orbits in which the circle of the other was revolving — in seven orbits seven stars. First, there was the moon in the orbit nearest the earth, and next the sun, in the second orbit above the earth; then came the morning star and the star sacred to Hermes, moving in orbits which have an equal swiftness with the sun, but in an opposite direction; and this is the reason why the sun and Hermes and Lucifer overtake and are overtaken by each other.

Plato clearly here is speaking of Lucifer as being the actual planet Venus, with Hermes as being the planet Mercury, “moving in orbits which have an equal swiftness with the Sun.”

It appears that the misogyny of the early Solar cults and the later Roman church might have had a part to play in linking the feminine Venus with Satan:

There are also many pre-Christian myths and allegories that include stories about Lucifer, which is the Latin name for the Greek Eosphoros. … In the oldest Zoroastrian allegories, Mithra is supposed to have conquered the planet Venus. In the Christian tradition, Michael defeats Lucifer.

So we see that in the Zoroastrian myth the solar resurrected god Mithra conquers the Divine Feminine as represented by Venus, just as the archangel Michael in later Christian mythology conquers Lucifer.  The Solar cults, of which Christian is just the most recent, feared the mythic power of the Divine Feminine and perhaps this is one of the reasons for the confusion over Lucifer’s true identity.