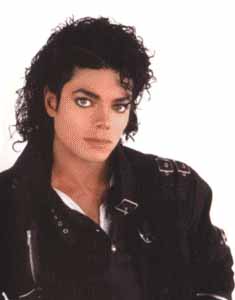 Michael Jackson was found dead in his home this afternoon, and paramedics were unable to revive him on the way to the hospital.
We don’t know Michael’s time of birth, but his astrological chart (born August 29, 1958) reveals a conjunction of the Sun in Virgo to Pluto, a planetary combination that can be quite difficult.  There is a tremendous amount of power locked in this combination of the god of power and transformation (Pluto) and the Sun which represents the Self.  But there can also be a self-destructive tendency if the sheer force of the planetary dynamic isn’t handled well.  Often (but not always) there are abusive experiences from the past with Sun/Pluto and we know that Michael suffered greatly at the hands of his father.  The Virgo Sun desires perfection, and the presence of Pluto there makes that perfection impossible yet at the same time urgently necessary.
Venus is in Leo, revealing his love of performing and interacting with fans.  It conjuncts Uranus which incorporates the principle of rebellion and eccentricity into his relationships with others.  Venus/Uranus combinations sometimes (again – not always) denote androgynous relationships (the word “Uranian” is sometimes used to describe a transgendered person).  Chiron, representing wounding and healing, is in a challenging opposition formation to both Venus and Uranus which suggests a wound (Chiron) to his sense of attractiveness (Venus) and hence his addiction to plastic surgery.
The Venus/Uranus conjunction forms a challenging square to Mars in his chart, and Mars is also square to Chiron.  This is a complex planetary combination that denotes a great deal of inner conflict and difficulty expressing anger and setting defensive boundaries which is what Mars is all about.
In addition, Michael’s Moon is in Pisces, an extremely sensitive placement and one that generates tremendous creativity.  That tender Pisces Moon is squared by Saturn, the Celestial Taskmaster, suggesting a deep inner loneliness and sense of isolation that could not be broken through by legions of adoring fans.
There are many different statements in Michael’s chart that indicate he never felt that anything he did, or was, was good enough.  There is an enormous amount of stress in this chart, and planetary transits of both Saturn and Chiron over the past couple of years would have exacerbated that stress.if he wasn’t careful to balance his body/mind/spirit system.
It’s important to note that a birthchart like this did not doom Michael to a life of suffering.  Many people with extremely difficult birthcharts are able to integrate the conflicting factors within them and use the power of those combinations to improve their lives and maximize their potential.  It takes a conscious use of personal will and requires confronting one’s inner demons.  It appears that Michael instead used the surgeon’s knife and the pull of materialism to surround himself with things in an effort to heal his damaged inner child, rather than heal the actual wounded self within.
At about age 50, Chiron returns to its place in the birthchart and we call this the “Chiron Return.”  Because Chiron acts to balance the ecology of the physical, mental and spiritual bodies, when those systems are out of whack the body will produce a healing crisis of health problems to get our attention.  This was certainly the case for Michael Jackson.
Michael had had recurring back problems for years, something which is not uncommon for people with stressful Saturn aspects.  Saturn rules the skeletal system and when strongly placed in the chart there is a tendency towards stiffness and inflexibility in the nature which is reflected in the body.  Transits of Saturn in the sky to the birthchart will exacerbate these problems, and that certainly occurred for Michael as he underwent transits of Saturn over the past two years and ended up in a wheelchair.
At the time of Michael’s death transiting Mars was nearly exactly conjunct Michael’s natal Mars, setting off the challenging system in his chart that could have sparked a physical reaction.  At the same time Jupiter (along with Chiron and Neptune) was in a nearly exact trine to Jupiter in his natal chart.  Jupiter is the Great Liberator; the planet of abundance and good fortune.  When death occurs under a transit of Jupiter, it is a signal that the soul will be freed from the prison of the body.  While we mourn the tragedy of his death, the planets tell the story:  his death was a liberation from a life that was painful beyond measure.
Update: The Skyscript forum has a good discussion speculating about Michael Jackson’s time of birth. 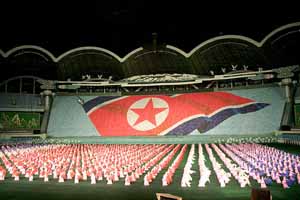