Pluto in Capricorn: AM is Banned in Australia! 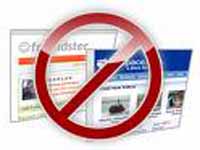 Perhaps one of my Australian readers can enlighten me!  The ACMA Secret Censoring Blacklist has included my post on Astrology and the False Identity, according to the website Wikileaks.org.  I’m listed right there along with babesf*%&k and brutalsexpics.

Has Astrological Musings become a victim of Pluto in Capricorn’s desire for more and more Big Brother-type control?  Wikileaks seems to think so:

The Australian communications regulator’s top-secret blacklist of banned websites has been leaked on to the web and paints a harrowing picture of Australia’s forthcoming internet censorship regime.
Wikileaks, an anonymous document repository for whistleblowers, obtained the list, which has been seen by this website, and plans to publish it for public consumption on its website imminently.
Wikileaks has previously published the blacklists for Thailand, Denmark and Norway.
University of Sydney associate professor Bjorn Landfeldt said the leaked list “constitutes a condensed encyclopedia of depravity and potentially very dangerous material”.
He said the leaked list would become “the concerned parent’s worst nightmare” as curious children would inevitably seek it out.

“It seems to me as if just about anything can potentially get on the list,” Landfelt said.
The blacklist is maintained by ACMA and provided to makers of internet filtering software that parents can opt to install on their PCs.

Fortunately, only the one page of this blog is banned.  But it does bring up some interesting questions about government censorship and the scope to which the power (Pluto) of government (Capricorn) will be stretched during this period of economic and social reorganization.

update March 26: Evidently the Australian government is cracking down on identity theft, hence the trigger of my post on “false identity” to their banned list.  It’s a relief to know that astrology itself is not the problem for the Australian government.
read next post
An interview with Deb Houlding on traditional astrology
archives most recent
More from Beliefnet and our partners
previous posts