Mercury retrograde periods are a great time for reposting!  I’m taking a few days off for some other creative projects so meanwhile please enjoy some of my favorite articles from the past, and please be kind to each other in the comments.

In mythology, Chiron was born of Philyra, mortal woman, and Saturn, immortal 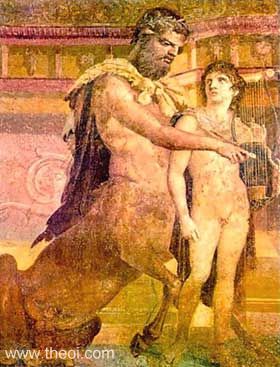 god. In order to escape Saturn’s amorous pursuit, Philyra had herself turned into a mare; however, Saturn outsmarted her and shapeshifted into a horse in order to accomplish his intention to rape her. When Chiron was born half horse and half man, like a Centaur, Philyra was so ashamed she abandoned him in a cave, thus establishing the deep psychic wound for which Chiron is well-known.

Being one-half god, Chiron was immortal and thus survived this early abandonment. He went on to study with the god Apollo, who some say became his foster father. There Chiron learned the arts of music and homeopathic healing, as well as skills such as archery, hunting, and the art of warmaking. He was wounded when a poison arrow struck him in the leg. Because he was partly immortal, the wound did not kill him but kept him in pain for the rest of his life. He achieved death by trading places with Prometheus, who had been bound to a rock by Zeus in punishment for mocking him. In allowing himself to be bound to the rock, Chiron released his immortality and was able to find peace through death.

Although Chiron was half horse and half man, he is very different from other Centaurs in mythology who were known for their drunken worship of the vine and Dionysus, and enthusiasm for fighting. Those Centaurs were a primitive tribe from the mountains of Magnesia and were the spawn of the cloud nymph Nephele and the Lapith King Ixion.  Centauri means “bull-slayer” and

Some astrologers believe that Chiron is the Centaur associated with Sagittarius, but I do not believe that to be true. Chiron is remembered for his wisdom, and for his having been a mentor to some of the great heroes of Greek history, such as Asclepius, Jason of the Argonauts, Achilles, and Hercules. Faced with intensely difficult challenges, he overcame the limits placed upon him by his circumstances (astrologically represented by Saturn) and attained great wisdom and achievement in many aspects of life. I feel that Chiron is more accurately a ruler of Virgo along with Mercury, because of the concern of Virgo with the mind/body/soul connection. Virgo also struggles between the difficulties of being in mortal form and strives for greater wisdom and perfection.

Astronomically, Chiron is classified as one of the Centaurs, a collection of minor planets found between Saturn and Uranus. However, because Chiron exhibited a “coma”, or tail, some astronomers wanted to classify Chiron as a comet. Currently, it is officially classified as BOTH a comet and a minor planet. Chiron’s orbit takes 50.7 years, but due to its elliptical orbit it moves through some signs much more quickly than others. It takes about 8 years to travel through Aries when it is farthest from the sun, and less than 1-1/2 years to travel through Libra. (Source: Zane Stein.)

Astrologically, Chiron’s place in the birthchart shows a deep and early wound which cannot heal. The sign that Chiron falls in shows us how that wound is likely to be felt. For example, a person with Chiron in Libra experiences great pain in relationships until they face the original source of their pain and embrace it rather than avoid it. Chiron’s house placement gives a clue to where we are likely to reexperience that wound. For example, someone with Chiron in the second house of money, self-esteem and personal resources is apt to have their ability to earn or build financial stability wrapped up in their damaged self-esteem.

Planetary transits to Chiron in our chart can open up that wound again and expose it to light so that it can be further healed. This can be a painful process, but also a rewarding one as we become a little more whole each time we face the past we hide from ourselves. When transiting Chiron aspects one of the other planets in our chart, particularly one of the personal planets (Sun, Moon, Venus, Mercury, Mars, Jupiter) there is a great opening that occurs for energy to be released and great healing to occur. 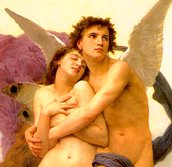 What is compatibility?
archives most recent
More from Beliefnet and our partners
previous posts