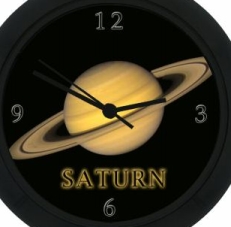 Image shamelessly stolen from Elsa.  How perfect, that as Saturn opposes Uranus he gets a whole new audience off-Broadway (of course it’s off-Broadway rather than the more mainstream Broadway, Uranus is involved!).  A new play by Noah Haidle called Saturn Returns opens tonight.   From the Lincoln Center article: “The planet Saturn’s orbital return to its position at the moment of a person’s birth happens every 30 years,” press notes state. “In Saturn Returns, playwright Noah Haidle uses this phenomenon to take a look at one man – Gustin – during these pivotal moments as he confronts the three women in his life.”

Many people who know nothing about astrology are still familiar with the concept of the Saturn Return, the time when we turn 28-30 and are forced to leave our childhood behind and embrace the responsibility (Saturn) of adulthood.
I could find no biographical information about playwright Noah Haidle, but it appears that he was 26 in 2005, giving him a birthdate of 1979.
A similar play called Saturn’s Return was written last year by Australian playwright Tommy Murphy who says the idea came at a difficult time in his life when his sister told him Saturn was returning to explain what he was going through.  Murphy said in an interview, “”Whether we chose to believe in astrology or not, it’s an idea or metaphor that I found interesting,” Murphy says. “I was interested in the notion of a more authentic person emerging after this process of upheaval and the consolidation of adulthood. What is that movement of upheaval, that call to responsibility, going to be for this generation, this time around? Who will this more authentic person be?”  Like Haidle, Tommy Murphy was born in 1979.
Haidle’s plot involves not only the Saturn Return at age 30, but all three stages of the Saturn Return to demonstrate how life unfolds in Saturn cycles.  I’m looking forward to finding more information about Haidle and his Saturn experience!

read next post
Part III: The Opposition from Saturn to Uranus: 2008-2010
archives most recent
More from Beliefnet and our partners
previous posts