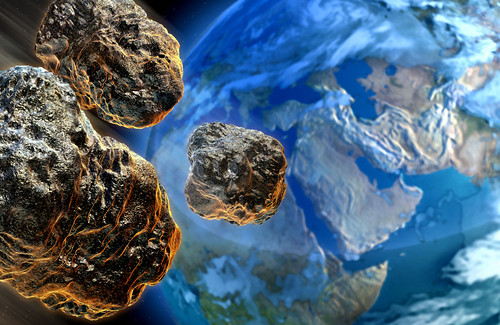 Art from the Daily Galaxy

Regulus is a fixed star located at 29 degrees Leo, and Saturn is currently sitting right at that point. Regulus is known as the Star of Kings, and April points out the significance of the conjunction to Saturn just before Saturn leaves Leo for Virgo:

The last degree of Leo is associated with a fascinating fixed star called Regulus. Sometimes called “the Royal Star,” Regulus has an affinity for those in power but can also deliver its own kick-ass brand of karma – rewarding those who have tried to lead with honor and dignity, and bringing down those who have dishonored their elevated stations.

Exhibit A: Senator Larry Craig of Idaho (July 20, 1945, Council ID, time unknown), who is the center of a schadenfreudalicious scandal involving a June 11 bust for lewd contact in a public restroom. The news of this arrest became public on August 27, the day before the eclipse – with transiting asteroid Larry (30440) at 3.29 Gemini, square Saturn and the eclipse points. Craig’s Moon in early Sagittarius is feeling the eclipse heat as well; eclipses in aspect to the Natal Moon can leave one feeling – er – “exposed.”

Exhibit B: Also on August 27, Attorney General Albert Gonzalez, who has an ego to match the approximately 59 planets in Leo in his birth chart (August 4, 1955, San Antonio TX, time unknown), finally got around to tendering his resignation. On August 27, transiting asteroid Albert (719) was at – of course – 29.23 Leo.

The moral of the story, kids, is to keep your noses clean, ‘cuz Saturn isn’t cutting anyone the least bit of slack right now.

There are thousands of named asteroids, and their significance is uncanny as April points out. Their use in astrology is rather new but growing. An article by Jacob Schwartz, author of the Asteroid Name Encyclopedia which I just ordered, has this report:

At the very moment skater Nancy Kerrigan was attacked by Shane Stant in her dressing room in Detroit, 6 January 1994, 2:20 p.m., asteroid Tanya was conjunct lord of the underworld Pluto on the descendent, asteroid Harding was on the eastern horizon, and asteroid Shane formed a perfect triangle on the nadir of the chart. . . .

Peter, Paul and Mary first performed as a singing group in the summer of 1961. The asteroids Peter (#1716), Paul (3525) and Mary (#2779) were also together then too, in the theatrical sign of Leo. When Fidel Castro established the first Marxist government in the Americas, the asteroid Karl Marx (#2807) was conjunct the asteroid America (#916). The asteroids Adolphine (#608) and Germania (#241), discovered at the beginning of the 20th century, have almost the same orbit around the Sun and conjunctions are rare, but long; well, they were traveling together both in longitude and declination throughout the twenty-year period when Adolf Hitler was in power in Germany, separating in the summer of 1945, when the Third Reich collapsed!

The synchronicity of these named asteroids is staggering and adds to the richness of the astroogical tapestry.