A look at the Imum Coeli 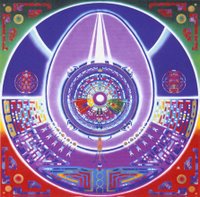 Saturn and Pluto are approaching a transit to this point in my chart so I thought it might be a good time to explore some secrets about this rarely discussed point. The Imum Coeli (IC), or Nadir of the chart is the midnight point and the cusp of the fourth house. It lies opposite the Midheaven which usually gets all of the attention, which is somewhat appropriate since the Midheaven (the cusp of the tenth house) is the noon point at which we project ourselves into the public arena. The IC, or Nadir, is the point where we meet the deepest part of ourselves.

The IC is typically described as representing our family history and psychological roots. The ancient Greeks considered the IC to be the home of the underworld and in psychological astrology the IC usually represents the nurturing parent – typically the mother, but not always. Sometimes the IC represents the grandmother if the parents were absent, and the father can also be present there if he was the parent that did the nurturing in the home.

From a transformational perspective, the Imum Coeli is the midnight of the soul. It shows the psychological legacy from our parents and ancestors that submerges in the unconscious until activated, usually by transit of a planet to that point. This is the point at which we enter the underworld of our own internal psyche, turning inward to meet the essence of who we are in this lifetime.

There is a certain amount of karma and destiny inherent in the cardinal points or “angles” (ascendant/descendant, Midheaven/Nadir) and transits to angles are usually life-changing events. The nadir is where we turn inward for self-examination, where we settle with ourselves and become aware of what lies within us. Our hidden fears, desires, dreams, parts of ourselves that have become lost – all lie at the IC waiting to be discovered. Until we are able to embrace and reclaim these parts of ourselves we cannot manifest our highest aspirations as shown by the Midheaven. Therefore, the IC is really the foundation of the personality and of the chart and the key to unlocking our personal evolution.

read next post
Skywatch for December is posted!
archives most recent
More from Beliefnet and our partners
previous posts