Pop!Tech 2007, like Pop!Tech 2006, offered a wonderful array of creative people doing fascinating and vitally important work in that realm where society, culture, and technology come together. One of the most important at many levels was a talk given by Dr. Victoria Hale, a scientist who first worked for the FDA then Genentech. She had only good things to say of her work at both places, with one proviso – she finally left Genentech because they were increasingly focused on research for the wealthiest fraction of the population whereas she, and many other scientists, entered medical research to assist people in general, and not just the already-have-mores.

Hale left and was “quiet” for a while as she tried to figure out what to do. Ultimately she founded the first not-for-profit pharmaceutical company, the Institute for One World Health.
Their start-up capital was not from venture capitalists who want as much money as possible on their investment, but from foundations and philanthropists.
Dr. Hale described Kala-azar is a fly borne parasitic disease killing many children in south Asia and elsewhere. Before Oneworld Health began its research, a cure cost $300, which meant most afflicted children died, especially the girls. Oneworld Health developed a $10 cure, and now the governments of India, Bangladesh and Nepal have bought enough to provide free treatment to the poor in those countries. Potentially the disease will be eliminated in these countries because the parasite will be unable to complete its life cycle.
Oneworld Health is also in the final year and a half of trials of an antimalarial drug that is also affordable. The Bill and Melinds Gates Foundation is assisting here.
Contrast Oneworld Health what I read today about Genentech on Scienceblogs. Genentech discovered a great drug for fighting colon cancer: Avastin. Happily for them it is also very expensive and profitable. Later doctors discovered its cancer fighting qualities could also be used to combat wet macular degeneration which occurs mostly in older folks (It is not the most common sort of macular degeneration, however.)
The problem (for Genentech) is that while it takes a lot of Avastin to fight colon cancer it takes very little to fight progressive blindness through wet macular degeneration. And the inner logic of Genentech, as a public corporation, necessarily puts money profit ahead of everything else. CEOs who do not do this run the risk of hostile takeovers. So Genentech decided to make a much more expensive substitute, just for the eye. They got FDA approval and market it under the name, Lucentis.
So far so good.
Lucentis would make Genentech a huge amount of money. “Hooked” reports that if everybody with macular degeneration used the hyper expensive Lucentis it would use up Medicare’s entire eye treatment budget.
The problem for Genentech is that many doctors keep using the much cheaper and just as good Avastin. So Genentech has threatened to cut off supplies of Avastin to anyone who was making it available for eye use.
Hale’s Institute for Oneworld Health is rooted in civil society, that realm of voluntary cooperation among individuals. It is a market place institution using price information as signals to more efficiently pursue goals the prices themselves do not determine. Here is where the market serves liberty.
Genentech is acting rationally as a money profit maximizer. It is a pure example of the simple values pursued by the market order trumping the complex values pursued within the market place. It is also an example of institutional sociopathy. The impersonal market order is not a realm of freedom. It is as coercive as any government. It is their all but universal failure to grasp this point that has led so many libertarians and classical liberals to do more to undermine liberty than serve it. 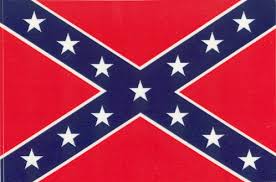