Can CBD and Cannabis Help Anxiety? 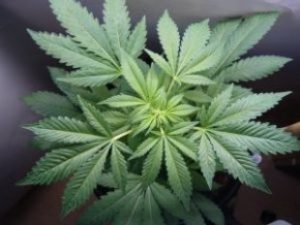 Micah* wanted to get through college but was so anxious most days he could not leave his apartment to attend class. Medications left him fuzzy headed and tired. His parents called him daily but no amount of prodding, encouragement or therapy seemed to make a difference. When one of his therapists recommended CBD oil, he thought he would try one more thing.

CBD or cannabidiol is a non-psychoactive substance found almost exclusively in the cannabis plant family. The best known cannabis plants are marijuana and hemp. THC (tetrahydrocannabinol), makes you high but is used for pain control and agitation.  Both CBD and THC are types of a bigger family of chemicals called cannabinoids. Cannabis as a medical tool, is no longer a fringe idea touted by aging hippies and young comedians. This  mainstream therapy creates so much demand that cannabis is now the second biggest cash crop in the United States after corn.

In states with legalized medical marijuana,  a combination of CBD and THC (plus other active components if the whole plant is used) are used to treat anything from epilepsy to sleep disorders. If you don’t have access to medical cannabis, CBD extracted from hemp is legal and available in most states.  Hemp with less than .3% THC has such low amounts of buzz-producing THC, even children can use CBD oil.

CBD has unique therapeutic properties because humans already make their own version of cannabinoids. Cannabinoids run a complex endocrine-like endocannabinoid system (ES). Since the 1990’s scientists have discovered five different human- made cannabinoids, receptors to accept their messages and enzymes to break them down.  The purpose of the endocannabinoid system is to keep the body in balance.  To this end, it helps regulate digestion, cardiovascular function, pain perception, inflammation, the nervous and immune systems, inhibits tumor growth and more. [1] We don’t understand all the ways ES operates but we know it has more receptors than any other system in the body.

Because CBD reduces inflammation and modulates nervous system function it can address some of the biochemical causes of anxiety. While we don’t know exactly how CBD (and also THC) help anxiety, empirical evidence and early studies show promising results with less serious effects than prescription medications. Still many questions persist. We don’t know how much cannabonoid is already in someone’s system. What happens when you add more CBD from hemp oil or the stronger THC? CBD, like the hormone melatonin, is considered safe. Yet the same amount of either of these substances can cause wildly different reactions.

Despite the many unknowns, Micah decided to try CBD. He started with a small dose so he could gauge his response. He then added small amounts of carefully titrated THC (he lived in a state with legal cannabis). Within weeks he returned to school and made it to most of his classes. While nobody would describe him as “Mr. Easy-Going”, he is functional. For the first time in many years is optimistic about the future and for now, that is enough.

*Not his real name

[1] Goldstein, Bonni. Cannabis Revealed: How the world’s most misunderstood plant is healing everything from chronic pain to epilepsy. (2016)  http://www.bonnigoldsteinmd.com/ 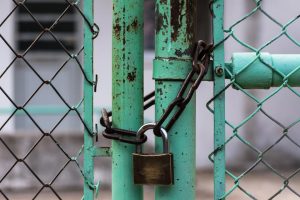