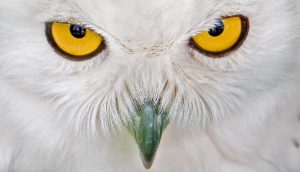 Luna* was worried. about her teenage son, Riley*.  The frequent school shootings and ongoing media coverage were stirring up everyone and she wanted to stay connected with him. She knew the teenage brain is a bit like Bertie Bott’s Every Flavour Beans in that you never know what you are going to get.  Nonetheless, when Riley revealed that he wondered what the shooter was thinking and how he felt, Luna’s mouth fell open but nothing came out.  She waited for him to talk about the victims or their families but he was stuck on the shooter. In Luna’s mind, a dark fear took form. Why is Riley so interested in the shooter? Is there something wrong with him?

There is nothing wrong with Riley. He is a typical though somewhat impulsive teenager who tends to speak first and think later. He has friends and does well at school but his emotional immaturity has gotten him in more than his fair share of trouble. Before he got to high school and found his niche, he experienced plenty of  bullying.  Those days are behind him but shaky self-esteem and mild anxiety persist.

When somebody starts shooting unarmed people, he becomes a predator and everyone else is the prey. This victimizer, whether he/she is a shooter, a sexual predator or bully often started out as a victim. 1 Fear is the main component of post-traumatic stress syndrome and being a victim is traumatizing. Since research suggests one of the ways to recover from trauma is to empower yourself,  it makes sense that prey could see becoming a predator as a way to elevate themselves out of fear. 2  In one horrible minute, goodbye anxiety, hello empowerment.

If Riley is focused on how he would rather be a predator than the prey, he will identify with the shooter even though he lacks violent tendencies.  This may also explain why no matter how many children are killed, there is a vocal contingency who decry any attempts to restrict access to guns. They are terrified of anything that could potentially move them towards prey. Forget Prozac, exercise or mindfulness meditation and let me keep my guns.

Thankfully, Luna did not yell, “what’s wrong with you?” at Riley.  Once she got over her knee jerk reactions, she recognized his response as the symptom of anxiety that it is. Unfortunately, when it comes to gun violence, we are yelling, “what’s wrong with you?” at each other rather than addressing the underlying anxiety that keeps us identifying as either predators and prey.

Remember, anxiety is just one area we are trying to navigate in this dream we call life.  One symptom that looks like it has a hundred facets but underneath there is only one cause, separation. Unhappiness in all its forms is what happens when we feel separated from ourselves and others.

*Not their real names.