Strong Women of the 2012 Olympics 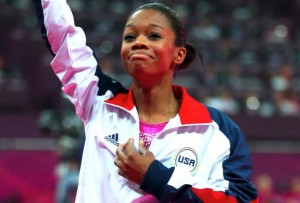 Representing your country – your flag – is a divine honor that only a few athletes have the honor of holding. Out of those amazingly talented athletes, stand women who represent more than their country or a flag – they represent freedom, womanhood and the strength to beat stereotypical odds.

The Summer 2012 Olympics have forever changed history and glorified what it means to be a woman. Ironically, this years’ Olympics mark the 40th anniversary of Title IX; which is the law passed in 1972 increasing the opportunity for women to participate in sports in America. Sports has become an important pathway for women to express themselves and break barriers that were set years ago.

U.S. women won 29 gold and 58 total medals; which accounted for two-thirds of U.S. team’s gold medals. Some of the amazing women of the United States include:

Gabby Douglas – First African American to win the individual all around champion in gymnastics.

Kayla Harrison– First ever gold medal in judo for the US.

Kim Rhode – Five time Olympic medal winner and is the most successful female shooter at the Olympics, as the only triple Olympic Champion and the only woman to have two Olympic gold medals for Double Trap. 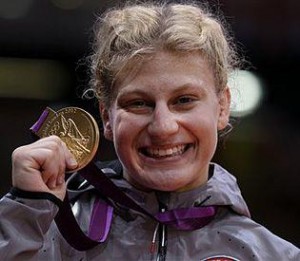 Women, all over the world, made their countries proud as they paved the way for the future and even though some may not have won a medal, they still displayed the will and power to be an inspiration for future athletes. These women allow others, both male and female, to believe in themselves and press the envelope against the odds. These dedicated athletes are one reason why we’re all proud to be Americans.