Buddhism, at a Glance

The religion of personal experience.

Having between 488 and 535 million practitioners, Buddhism is the fourth largest of the world’s major religions. But what do you really know about it? If you’re like most, you might associate Buddhism with vague notions of spirituality and the practices of meditation and yoga. But what’s it all about, really?

It began with the Buddha, Siddhartha Gautama, in Nepal around 2,500 years ago. Siddhartha was a member of the royal family of a kingdom on the Indian-Nepalese border, and although he had an ostentatious upbringing, he was shocked out of his privileged life upon realizing the truths of aging, sickness, suffering, and death. This led him to contemplate the meaning of life and the cause of human suffering, eventually driving him to leave his palace and follow the traditional Indian path of the wandering holy man. He went on to study and master meditation under various teachers, taking on an ascetic lifestyle, believing that one could free the spirit and invite understanding by denying the flesh. Unsuccessful, he abandoned this path, looking to his own mind and intuition for the truth—he decided to learn from direct experience. He sat beneath a pipal tree for 40 days, when he finally attained Enlightenment. For the remainder of his life, the Buddha traveled, spreading his newfound understanding to others, founding Buddhism.

Buddhists believe that Siddhartha attained a state that was free of conditions—things like upbringing, psychology, perceptions, opinions, presuppositions, and so on. To be Enlightened is to be Unconditioned, and a Buddha is free from conditioned responses such as prejudice, hatred, and greed. Rather, a Buddha is characterized by wisdom, compassion, and freedom. To be a Buddha is to see reality as it truly is. The word Buddha, in fact, is a title which means “one who is awake”—in essence, one who has completely awoken to reality.

Buddhism fits surprisingly well into our contemporary world. Although it is classified as a world religion, Buddhism, with its focus on the nature of our reality, is more akin to the scientific process than to one of the faiths. It is a non-theistic belief system—believing in gods, as a Buddhist might say, is not useful for seeking Enlightenment, and so Buddhism is more focused on practice than on belief. It’s about not only believing in the precepts of Buddhism, but about the process of exploring these beliefs, understanding them, and, ultimately, testing those beliefs against individual experience.

Buddhism sees life as constant change, and takes advantage of it by advocating the fact that individuals can change for the better. The route to positive change, for the Buddhist, lies in the mind, through techniques such as meditation—a way of achieving higher levels of concentration, calmness, and awareness of one’s own emotions. Using this higher awareness, it is then possible to have a better understanding of the self, other people, and life.

The most basic encapsulation of the Buddha’s teaching are expressed as the Four Noble Truths, which are as follows.

All existence is dukkha.

Dukkha translates, roughly, to “suffering,” or “unsatisfactoriness”. A large part of the Buddha’s revelation was that life is struggle, and that we do not find ultimate satisfaction in anything we experience. This is the problem of life.

The cause of dukkha is craving.

Humans tend to blame their suffering on external causes, but the Buddha embraced the idea that the actual cause is found within the self—in the mind, specifically. Our propensity to grasp at, or push away, puts us at odds with true reality.

Because we are the ultimate cause of our own suffering, we are also the solution. We can’t change our environment, but we have power over our reactions.

The intellectual stance of Buddhism is summed up best by the Buddha, himself, in the Anguttara Nikaya, when he writes, “Now, Kalamas, do not be led by reports, or tradition, or hearsay. Be not led by the authority of religious texts, nor by mere logic or inference, nor by considering appearances, nor by the delight in speculative opinions, nor by seeming possibilities, nor by the idea: “This is our Teacher”. But, O Kalamas, when you know for yourselves that certain things are unwholesome and wrong and bad, then give them up… and when you know that certain things are wholesome and good, and that the wise believe them to be so, then accept them and follow them.” Again, Buddhism emphasizes personal experience as the path to Enlightenment, to finding the cause of suffering, how to end it, and how to find the path that ultimately frees us from it.

At the heart of Buddhism lie three ideals, known as “The Three Jewels”. These “jewels” are the Buddha, represented by a yellow jewel, the Dharma, a blue jewel, and the Sangha, represented by a red jewel. In making these the central principles of your life, you become a Buddhist.

The Three Jewels are thus.

The Buddha is both the historical Buddha and the ideal of Buddhahood. The Buddhist tradition regards the historical Buddha as their guide and inspiration, and see him as the ultimate teacher and spiritual example. This idea also means that a practitioner of Buddhism is commited to achieving Buddhahood—Enlightenment for the sake of all beings, seeing reality exactly as it is, living in accordance with that vision. This is the goal of Buddhist spiritual life.

The Dharma is the teachings of the Buddha, comprised of the truth he gained. Dharma means “unmediated Truth,” and encompasses Buddhist teachings—the entirety of the scriptures in the Buddhist canon, which is many times longer than even the Bible. Dharma also encompasses the practices outlined in those scriptures—essentially “learning to do good; ceasing to do evil; purifying the heart”.

The third jewel is the Sangha, which is simply the Buddhist spiritual community, and the teachings, support, and friendship of other practitioners. In the most general sense, Sangha means all Buddhists in the world, past and future.

Buddhism, as you can see, is more philosophy or way of life than religion, but like other faiths, it is a path toward finding the purpose of life, why suffering occurs, and how we can separate ourselves from that suffering and achieve true happiness. It is now becoming popular in western countries because it provides great insight into the human mind, and because its teachings can act as a panacea for our contemporary, materialistic lifestyles, which often lead to deep-seated, nebulous dissatisfaction.

If you find yourself wanting to know more, simply ask! Although Buddhist tradition does not encourage evangelizing, practitioners are often more than willing to explain and teach. You may just find a nugget of wisdom to incorporate into your own life. 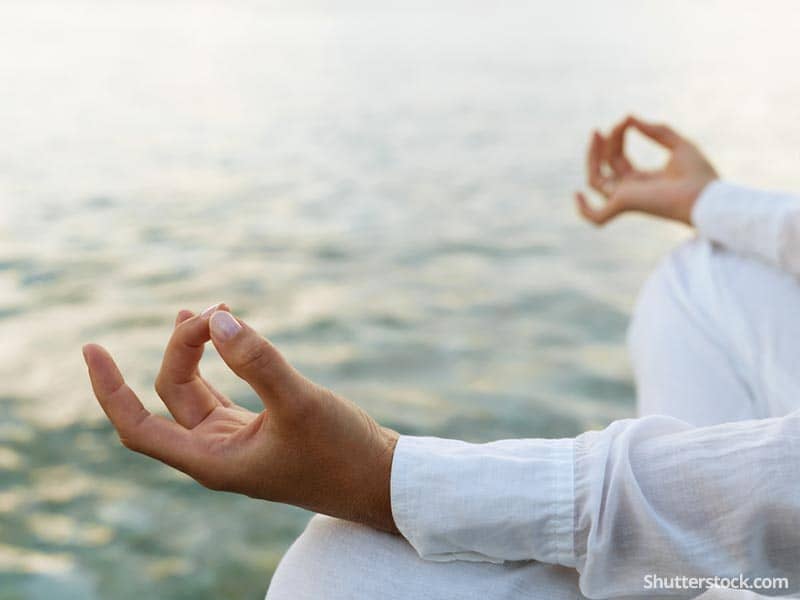 more from beliefnet and our partners
Add some inspiration to your inbox
Sign up for Beliefnet's Buddhist Wisdom newsletter.
From time to time you will also receive Special Offers from our partners
Wesley Baines