America Needs a Declaration of Interdependence

No one was ever heard to say: “I might be wrong,” “Perhaps I’ve misjudged,” or “Maybe you have a point there.” For these were words of weakness, doubt, cowardice, and moral ambiguity.

When differences arose between the people of this land, instead of looking for the Truth, they looked for evidence to support their positions.

When differences arose between the states, those in the Red States would say: “We are the ones who’ve made this land great. Our success is built on hard work, family values, and love of flag and country. We don’t understand you people in the Blue States — your ways seem so strange, so un-patriotic.”

These Red State people were right, of course, and they were determined to save the land they loved.

But the people in the Blue States would respond: “We look around and see a land where corporate greed is the order of the day. Looking good is more important than being good or doing good. You wrap yourself in the flag to hide your hypocrisy. You are the ones who created this mess we’re in today!”

These Blue State people were right, of course, and they were determined to save the land they loved.

And the gaps between the Red States and the Blue States grew wider and deeper.

When differences arose between people of different colors, those of one color would say: “We have worked for many years to create a land of equality for all our citizens and we have come a long way. Why, we even elected a black President not long ago! Why can’t you people stop fighting a battle you have already won and appreciate all we have given you? Ours is truly the Promised Land.”

These people were right, of course, and they knew it.

But those of other colors would reply: “The playing field is still not level and we are too often treated as second-class citizens. You vow that you value diversity, but hollow tokenism is all that we see. Your ‘Promised Land’ is really the Compromised Land! How can we be happy, with so far still to go?”

These people were right, of course, and they knew it.

And the gaps between people of different colors grew wider and deeper. 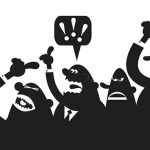 And so it went in this “Land of Rights.” Group after group defined what was right, and took a stand against those who were wrong.

• It happened between those who wanted to liberate the world for democracy, and those who warned that democracy at home was in danger.

• It happened between those who believed that money makes the world go around, and those who had to go around with no money.

Everyone was right, of course, and they knew it.

The many gaps grew wider and deeper — until finally one day, all activity ground to a halt. Each group stood firm in their righteousness, glaring with proud eyes at those too blind to see The Truth. 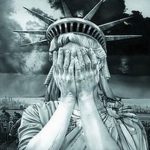 People were frightened and angry. Hysterical demonstrations erupted here and there as people grew more frustrated. Violence was a real concern … and the land grew grim and gray.

Then one day, a strange new sound was heard in the land. “Uh, maybe I was mistaken,” someone said softly.

A collective gasp of disbelief was heard in the land. Who could be saying such a crazy thing?

“Perhaps you were right, after all,” someone else said quietly.

The people looked around to see who could be uttering such nonsense.

But the two voices persisted … and after a while, some of the people began to listen. They listened with uncertainty at first — but they listened. And as they listened anew, they began to see anew … seeing fellow human beings where they once had seen only enemies.

Here and there, people joined together to act upon their common interests. With each new joint effort, people’s trust in one another grew. They found a new faith in their ability to shape their own destiny — together.

They stated their new beliefs in a “Declaration of Interdependence” …

In this land, people had learned how two rights can make a terrible wrong.

Most important of all, the people of this land had learned that the quest for Truth is never over and the challenge is always the same:

To stop fighting long enough to listen and learn from others who differ; to try new approaches and build new relationships; and to keep working at a process that never ends. 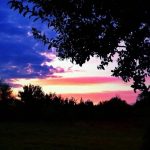 Dr. Warren H. Schmidt is the coauthor of this piece. It’s based on his 1969 classic “Is It Always Right To Be Right?” published in “The Los Angeles Times” and adapted into an Academy Award-winning animated short film in 1971. 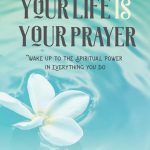 Kathryn, Cancer, and God
archives most recent
More from Beliefnet and our partners
previous posts