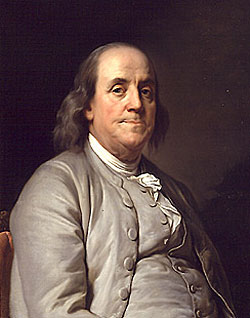 When historians refer to some of the Founding Fathers as “Deists,” it’s as if they’re talking about an extinct philosophy, like alchemy or phrenology. Very few Americans go around describing themselves as Deists.

Perhaps that ought to change. A new study reveals that a rapidly growing number of Americans hold the belief system that used to be described as Deism.
Deism was a philosophy, especially popular in the 18th century, holding that God had created the universe and its laws but then receded from the action. It was treated as heretical — akin to atheism — because Deists rejected Biblical authority. Thomas Jefferson, for instance, wrote that the authors of the canonical Gospels were “ignorant, unlettered men” who laid “a groundwork of vulgar ignorance, of things impossible, of superstitions, fanaticisms, and fabrications.” He famously crafted his own Bible sans miracles.
And this brings us to a new study about the rise of “Nones,” Americans who profess no religious affiliation. Trinity College analysts now conclude that None’s make up 15% of the population and that, given their rate of rapid growth, they might surpass the nation’s largest denominations.
The rise of the Nones is usually decried by religious leaders as a sign of secularization or atheism’s ascent but get this: 51% say they believe in God.
Now some of those folks might just be religious people in between churches. So the Trinity folks asked them to describe what kind of God they believed in. 24% say they believe in “a higher power but no personal God.”
That would mean about 3.6% of Americans could be considered Deists, making them more common than Jews, Muslims, Hindus, Episcopalians, Presbyterians, or Mormons.
[UPDATE: Barry Kosmin, one of the authors of the study, points out that an earlier study that looked at Nones as well as those who did “affiliate” with a religion found that 12% were Deistic. That would make Deists bigger than all of the aforementioned groups combined, and one of the largest spiritual groupings in America]
And that’s if you use a pretty narrow definition of Deism. In my book, Founding Faith, I argued that even the so-called Deists of the 18th Century were a bit more religious than we think. Both Jefferson and Benjamin Franklin believed that God intervened in history. A recent study by the Pew Religion Forum, revealed that 35% of Nones pray weekly or daily.
I suspect that some modern American Deists are actually quite like Jefferson and Franklin. They don’t believe in Scripture, or cotton to organized religion. But in the privacy of their home, they think that the distant, aloof God occasionally checks in to listen to their prayers.