A Gentle Reminder From Saturn

cc: The People Of Planet Earth

I am writing to correct you on a matter that you have neglected in your writings for some time. Namely: me. This is the sort of situation that can only go one for so long, and be thankful that all you’re getting from me is a sternly worded email, and not another broken ankle like I gave you last time.

Normally, my passage through Scorpio would be this sort of thing that would have astrologers everywhere breaking out in a cold sweat, and would see their clients calling with frightened pleas for mercy from the Universe.

This whole Cardinal Grand Cross thing has gotten just a bit out of hand, if you ask me. Not the actual event itself, because (frankly) I love a good crisis. There’s nothing like the challenge of constructing something useful out of a nice pile of rubble. Rather, I refer to all the attention the four planets involved are getting. Yes, the Uranus-Pluto square has certainly made things difficult. Yes, Mars in Libra has been a nuisance. And yes, Jupiter has blown much of it out of proportion for many, as Jupiter is prone to doing.

What you apparently haven’t realized… or at least paid nearly enough attention to, it seems to me… is that ever since October 2012, when you and all the other astrologers started screaming and yelling about the Uranus-Pluto square, I have been quietly working my way through Scorpio, conjunct the natal Neptune of every man woman and child on earth who was born between 1957 and 1968! And by the time I leave Scorpio at the end of this year, I will have trampled the dreams of just about everyone born up until 1979 as well!

Now might be a good time to queue up the maniacal super villain laughter, but that sort of thing simply isn’t my style.

You see… like everything else I do… ultimately, it’s for your own good. Your Neptune is such a sweet and fuzzy thing, but let’s be honest here kids: without a bit of a backbone it’s worse than useless. Whatever problems the Uranus-Pluto square has generated for you in the last couple of years, deep in your heart you know that spraying some patchouli around and saying your affirmations isn’t enough to make it go away.

So: while everything is falling apart, be practical, be constructive, and be brave. Not only will you survive all this, but if you use your common sense and stay strong, you’ll be able to build a better life for yourself.

Don’t like that? Oh well… sorry. Here’s a puppy, then 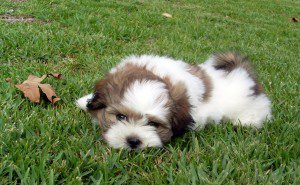 The Cardinal Grand Cross Part 4: Mars -- Transits With Teeth
archives most recent
More from Beliefnet and our partners
previous posts