Lady Gaga to Mike Pence: ‘You Are the Worst Representation of What It Means to Be a Christian’

Lady Gaga is not afraid to speak her mind when it comes to politics. The singer interrupted her ongoing Las Vegas residency set on Saturday to bash Vice President and his wife Karen.

“To Mike Pence, who thinks it’s acceptable that his wife works at a school that bans LGBTQ, you’re wrong. You say we should not discriminate against Christianity? You’re the worst representation of what it means to be a Christian,” Gaga, 32, told the crowd at MGM’s Park Theater.

Gaga made her comments in reference to reports that Karen is to resume teaching at a Christian school that openly discriminates against LGBTQ students.

“Mrs. Pence has returned to the school where she previously taught for 12 years,” her spokeswoman, Kara Brooks said in a statement. “It’s absurd that her decision to teach art to children at a Christian school, and the school’s religious beliefs, are under attack.”

Lady Gaga identifies as a Christian, which may surprise some of her fans.

“I am a Christian woman, and what I do know about Christianity is that we bear no prejudice and everybody is welcome. So you can take all that disgrace, Mr. Pence, and can look yourself in the mirror and you’ll find it right there,” Gaga told the audience.

Gaga didn’t stop there. She also took on President Trump.

“If the (expletive) president of the United States could please put our government back,” Gaga stated. “There are people who live paycheck to paycheck and need their money.” 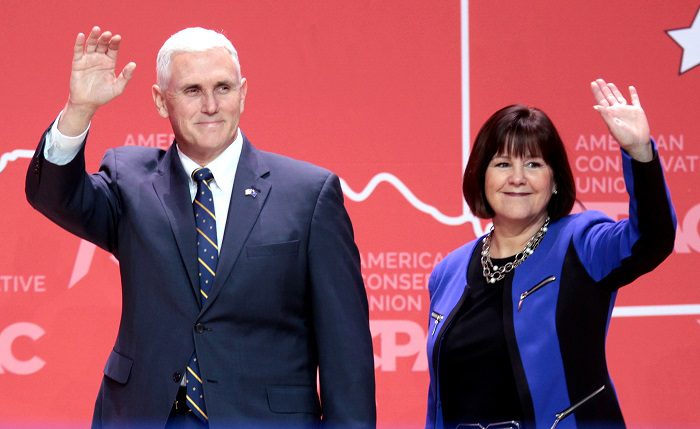