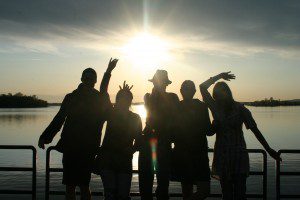 During DoorMat days, I pleased and pleased to have as many friends as possible. I was under the misguided belief that everyone had to like me. People Pleasers befriend everyone. Now I’m very selective about who I call a friend and understand the people who said it’s better to have a few good friends that you can count on than to have a boatload who you don’t feel are there for you. Some friends are toxic; others just do what they can get away with if you haven’t set boundaries.

Setting boundaries can make a difference for having a friend who is worth having and having one who isn’t.

When a friend does things that annoys you or makes you unhappy, you need to do something. No one is exempt from good behavior! Take a stand—softly—on what you don’t like. This doesn’t mean you have to get into an argument or end your friendship. Often people aren’t aware of how their behavior upsets you. Sometimes gentle enlightenment is all it takes to help them learn how to treat you. We enable people to do unacceptable things by not expressing how we feel.

If you speak up and the person gets angry, you’ll have to just accept that. Some people want what they want and the heck with you. I try to limit interaction with those types. They don’t make good friends! When you speak up nicely but firmly, you might get your point across and the person will stop doing what you don’t like. Years ago I had a friend who I’ll call Laura. She was a decent person, except for occasional biting comments. What she perceived as teasing often hurt. It didn’t happen often and I did like spending time with her.

When I complained to a mutual friend who’d known Laura for much longer than I did, she said, “that’s just her way.” Everyone disregarded her occasional caustic comments. Other friends tolerated it. I thought about what she said and decided that just because it was Laura’s way, it wasn’t right. After saying some things that hurt me, I refused to make plans the next time she called because of her barbs. Laura didn’t take it seriously at first. But I explained while others accepted it—I didn’t. Period! And guess what? Laura apologized and promised to never do it again to me, and didn’t.

Letting her know how much it bothered me got through to her. I wasn’t tough in my approach but did spell out why I felt her comments were hurtful, even if she thought she was just teasing. When she saw how I felt, she didn’t want to lose my friendship and made a successful effort to control her sarcasm with me. Just because someone means well, it’s not right if she or he hurts or disappoints you regularly.

As your self-respect increases, so will standards for friends. I value friendship a lot but there has to be trust and mutual respect. I give energy to people who respond well. Friendship is like a seed—it needs care and time to grow.  It can’t be one-sided, with you doing all the giving. DoorMats feel short-changed when they give good friendship and it’s not reciprocated, but keep the friendship anyway. Self-empowered people know they need to be more selective about who they call a friend and how much they give.

Even if you’ve known someone for ages, set boundaries with or lose friends who don’t bring you joy and are always negative. As I cut down on time spent with people who had a negative impact on me, or let go completely, I say “Close one door and another opens.” Then new and more positive people enter my life. Letting go hurts initially but is rewarding when you don’t have to deal with their issues. Positive friends enrich your life. That’s why I encourage you to love yourself enough to only let people who treat you well into your life. In my next post I’ll discuss how to know who to cut loose.
********************* 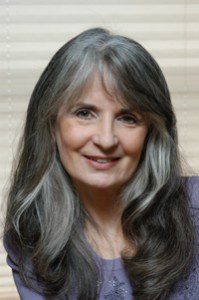 “Why Do People Do This or That?”
archives most recent
More from Beliefnet and our partners
previous posts