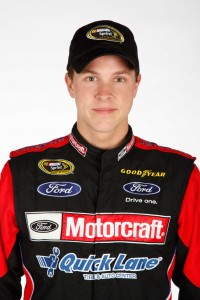 Click “Like” to share this with your friends! It was early October 2010 when I first met Trevor Bayne. He was already a rising star within the NASCAR ranks but a surprising move left him jobless leading up to the race in Kansas. But just days after Michael Waltrip Racing let Bayne go, Roush-Fenway Racing… 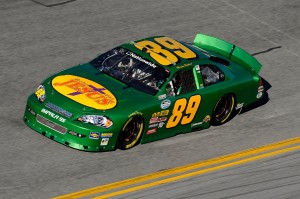 Click “Like” to share this with your friends! NASCAR’s Nationwide Series is an interesting collection of drivers and teams. It’s a place for youngsters like Trevor Bayne, Ricky Stenhouse Jr., and Justin Allgaier to gain invaluable experience on their way to the Sprint Cup level. It’s also a place for underfunded teams to work towards… 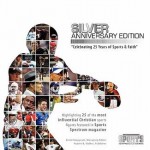 Inspiring Athletes is going to begin a series of giveaways and to kick things off, we’ve partnered with Sports Spectrum magazine to give away some great prizes. We will randomly select five of our readers to receive a one-year subscription to this fantastic sports magazine. One of those five Inspiring Athletes readers will also receive… 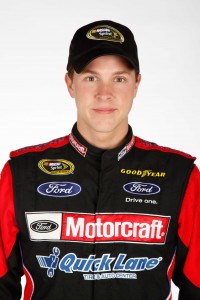 In the blink of an eye, Trevor Bayne went from rising Nationwide star with no sponsorship to youngest Daytona 500 champion in NASCAR history. Since then, he’s dealt with an unidentified illness caused by an insect bite that forced him to sit out for nearly two months. Still, the unflappable 20-year old phenom has kept…
archives most recent
about

Chad has been working in mass media for over 20 years. Chad’s professional journey began at the University of Tulsa where he graduated with a Bachelor of Arts (1993) while working extensively in athletic media relations and serving as a sports editor for The Collegian.

When he's not writing, Chad lends his efforts to various independent television and film projects. He was the coordinating producer for Choosing Life (2010) and Life Happens (2011). Chad is currently serving as producer on a forthcoming documentary about Super Bowl champion Brian Kinchen.