Put your feet up for a while today, smell the roses,  and give a thought to Epona, whose day (December 18) this is, in the Roman calendar. Epona was the great horse goddess of the Celts, and the only Celtic deity who won a place in the Roman ritual cycle. On her special day – the second day of the festival of Saturnalia – horses and other hooved animals were released from their labors, in her honor.

Epona’s name comes from the Gaulish word  epos (“horse”). She was worshipped not only as patroness of horses but also as a giver of life, health, fertility and plenty, and as a protectress of humans on the journey through death and on the Other Side.

Pilgrims traveled to her sacred springs, especially in Burgundy, to pray for healing.

Her role as a psychopomp, or guide of souls, is clear from the way she is depicted in Gaulish cemeteries. At La Horge-au-Sablon, a burial ground of the Medioatrici at Metz, in eastern Gaul, images of Epona were offered by relatives of the deceased; one depicts the goddess on her mare, leading a mortal to the Otherworld.

Elsewhere she is shown with a key and a mappa, a napkin-like cloth used as a starter’s signal for a Roman horse-race. Miranda Green comments in Animals in Celtic Life and Myth that this is “suggestive of Epona’s role as a presider over the beginning of life, just as her key may be indicative of death and the afterlife.”

Epona is depicted by one or more horses in iconography. She is usually depicted riding side-saddle on a mare or between twin horses. She was hugely popular in Gaul and the Rhineland, but was also known inBritain. She was regarded as a patron by cavalrymen, including the Aedui, used as auxiliaries by Julius Caesar, and soldiers prayed to her to protect their horses (and themselves) in battle. No doubt it was the reverence of the cavalrymen that won Epona her day in the Roman calendar.

To the wider community, she was a Mother Goddess, and her imagery often suggests fertility; on a stone relief of Epona at Brazey in Burgundy, a foal is beneath the mare she is riding, possibly suckling. She often appears carrying baskets of fruit or loaves of bread.

Her devotees garlanded images of Epona with roses. One such garland, on a statue of Epona in a niche,  is described in the famous Golden Ass of Apuleius, whose hero (having fallen under the spell of an incompetent witch’s apprentice) can only stop being an ass when he eats roses. So, in the midst of holiday shopping or end-of-year chores, don’t be an ass: pause today for rest and come up roses. 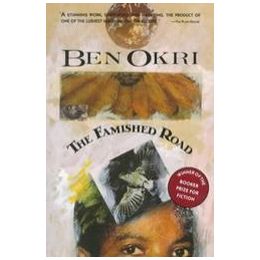