“The man answered, ‘Now that is remarkable! You don’t know where he comes from, yet he opened my eyes.” (John 9:30)

A well-meaning Christian once loaned me a book by a highly promoted Christian woman leader. (I make a point of gender identification here because, within Christian Evangelical circles, women are limited to teaching women, and they do it in this syrupy, sweet-tea fashion that always made me question if I had too much testosterone running through my system. And then I realized, “No, the problem’s not me, my estrogen, or testosterone. It’s the condescending tone and lack of intellectual voice in the ‘teaching.'”

Regardless of our estrogen levels, we all have the capacity for intelligent thought.)

One statement that jumped from the book, which was replete with commentary that just lay there, passively, and encouraged me to do the same, was along these lines:

“Beware if, when you’re reading the Bible, you interpret a text differently than the general way it has always been taught. Don’t feel as if you are chosen to receive any special teaching of God.”

Good God, no. How dare we feel — unless we are part of a small but vocal minority of self-imposed Christian leaders (have you noticed some of the same names, and their kids and grandkids and students and acolytes, year after year after year?)  — that we have anything to say, or learn, about Christianity that is at variance with traditional, accepted, or promoted thinking! If more Christians were to take this concept to heart — receiving the message with great eagerness and examining the Scriptures every day to see if what they are taught is true, along the lines of the Bereans in Acts 17 — what would happen?

Rhetorical question. Those who believe, vociferously, in obedience without question and submission to whoever asserts authority over them will say,

“People will fall for bad doctrine! The message of Christ will be perverted.”

Those who question men’s motives and recognize a propensity to seek money and power will muse, “We have a lot of doctrine out there — all of which avers that it is correct — that is at variance with itself. The experts — whoever they are — don’t tend to agree. And sometimes they say some pretty strange things.”

The passage at the head of this essay is from John chapter 9, when Jesus heals a man born blind. My favorite aspect of the account is when Jesus,

It should be no surprise to readers that this happened on the Sabbath, thereby incensing the Jewish religious leaders. Twice, they brought the healed man before them and demanded that he explain how he received his sight, at one point mandating,

“Give Glory to God — we know this man is a sinner.”

In other words, stop giving any implication that this man, Jesus, is good. Publicly acknowledge that He is bad.

The healed man replied, “Whether he is a sinner or not, I don’t know. One thing I do know. I was blind but now I see!”

He Didn’t Back Down

Despite being an ordinary person, below ordinary, actually, since the man’s blindness (from birth) was culturally thought — in accordance with traditional teaching — to stem from his, or his parents’ sinfulness, the healed man stood straight and spoke out, refusing to submit to the “correct doctrine” of the “leadership” of his day. From retrospect, we who are Christians can see easily these leaders’ inability to acknowledge or understand the Messiah they purported to seek, but for this nobody, this nothing, to dare to disagree was pretty unthinkable. Much as it is today, actually.

Indeed, the leaders’ own words sum up their view of those under their aegis: “‘You were steeped in sin at birth; how dare you lecture us!’ And they threw him out.”

So What Did He Say?

And what did the man say that was so offensive? First he challenged — “Now that is remarkable! You don’t know where he comes from, yet he opened my eyes.” (You — the ones who are supposed to know because you are the teachers of Israel — cannot explain who this man is and how He can do what He does?) And then he states three truths:

“We know that God does not listen to sinners. He listens to the godly man who does his will. (Truth 1) Nobody has ever heard of opening the eyes of a man born blind. (Truth 2) If this man were not from God, he could do nothing. (Truth 3)”

Truth 1 is a stunning example of right doctrine. Truth 2 is a statement of commonsense fact. Truth 3 looks strongly like more right doctrine. But the response to these statements, by the leadership of the day, was to expel the man making them.

And What Jesus Said

“Jesus heard that they had thrown him out, and when he found him, he said, ‘Do you believe in the Son of Man?’

Here is genuinely true, right teaching, from the mouth of our Savior Himself. And He gave it to an ordinary person who had been kicked out of the system.

So the next time someone — in a book or from the pulpit or on TV — tells you to not feel, ever, that you could be worthy to receive teaching from God, teaching which is at variance from the common message of the day, remember the blind man whose eyes were covered with mud, made from Jesus’s spit.

The blind received his sight. And those who thought they were sighted, were blind.

Thank you for joining me at Commonsense Christianity, where I encourage individual believers to, always, question what they are told, and seek the answer at the source: God Himself, who speaks through His Scripture as well as through the created universe of His hands. A little commonsense goes a long way. 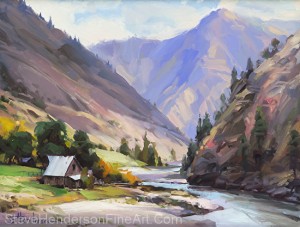