If you listen to humans, it’s no wonder that Christians freak out about money, because we’re taught some really stupid things. Let’s look at three of these misconceptions, and see if we can get rid ourselves of a spirit of fear and timidity, and focus on power, love, and self-control (2 Timothy 1: 7):

Lack of Money/Lack of Faith

1) We’re told that, if we don’t have enough money, it’s our fault, a direct result of our lack of faith. Prosperity preachers, who advocate speaking and thinking control words (declare, claim,  release, empower, impact, speak into existence, believe) emphasize this presumptive link between spirituality and wealth, conveniently overlooking Scriptures like, “You cannot serve both God and Money,” (Matthew 6: 24),  or “Some people, eager for money, have wandered from the faith,” (1 Timothy 6: 10). Be aware that their pervasive message isn’t limited to the books, TV shows, and Mega-Metro-Churches, but like a leak in the bathroom sink, puddles itself at our feet. Wipe those feet before you enter church next Sunday.

2) Under the guise of “sound financial practices,” prosperity is preached, distilled, to the flock. Back when we attended controlled, weekly, corporate church activities, we were in the one percent of families who chose not to put down the cash, get the workbooks, and attend the video seminars of the Christian Money Guru of the Day.

People oohed and ahed at the wisdom: “Cut up our credit cards! Make a budget plan! Do exactly what we’re told! and next week, we’ll talk about mutual funds!”

What they gabbled on about sounded remarkably like the hash we used to receive from secular, corporate financial houses (the ones that tell you to put this percentage aside for retirement, that percent for your child’s education, without acknowledging, at all, that you may make so little that food, rent, and mandatory property taxes are your major priorities). The person who benefits most from classes by the Christian Money Guru of the Day is . . . the Christian Money Guru of the Day.

He (or She) is hip, he’s smart, he’s savvy and he’s rich, but he’s not connected, at all, to the lives of the very little people. And yet the little people, who make him rich, follow his advice because they want to be rich, like him. They need to start writing books and selling video seminars.

The Promises Aren’t about Money

“. . . no one who has left home or brothers or sisters or mother or father or children or fields for me and the gospel will fail to receive a hundred times as much in this present age.”

As always, read the rest: “(homes, brothers, sisters, mothers, children, and fields — and with them, persecutions) and in the age to come, eternal life. But many who are first will be last, and the last, first.”

Money, specifically, isn’t mentioned — although family predominates, which should say something about life’s priorities. Also, did you catch the word “persecutions” slipped in there? And dang, what does that last sentence mean?

When the Norwegian Artist and I were in our dumb twenties, we lived for a year in the broom closet of a very poor, but very-close-to-Christ, Colombian couple. The experience grounded us, early, in the awareness that most of the world does not automatically expect potable water, three solid meals a day, central heating, or one car per person, as inalienable rights. And many of these people, who don’t have any of those things, are our brothers and sisters in Christ.

We returned to an America where far too many Christian families expected not only all of the above, but an array of electronic gadgets, the Caribbean cruise to celebrate the tenth year wedding anniversary, and retirement at 55 with a generous pension. “We’re blessed,” people told us, “because of our faith.”

“Without the goodies,” we wondered, “would you still have the faith?”

Our goal in life is not to become materially wealthy: “For we brought nothing into the world, and we can take nothing out of it. But if we have food and clothing, we will be content with that.” (1 Timothy 6: 7-8)

Give thanks for what you have, and trust God for your needs. And when you find yourself with more than what you need, think of 1 John 3: 17:

“If anyone has material possessions and sees his brother in need but has no pity on him, how can the love of God be in him?”

Thank you for joining me at Commonsense Christianity. You know, I didn’t used to believe that all the wisdom you need can be found in Scripture, but as I find myself assaulted — daily — by bad information, misinformation, and disinformation from the news media, the entertainment industry, and the religious industrial complex — I seek solace and truth in His words, that will never pass away (Matthew 24: 35). 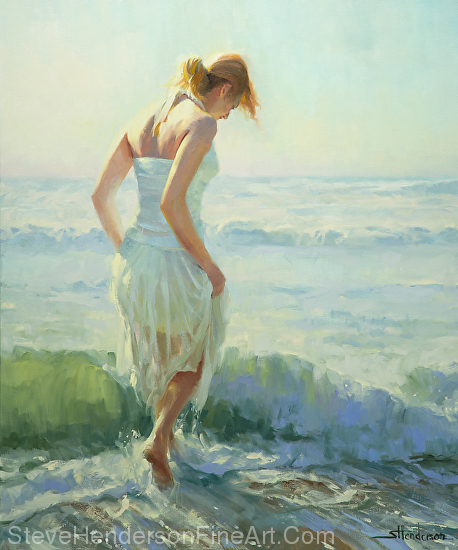 Despicable You? No, Not True.
archives most recent
More from Beliefnet and our partners
previous posts