Who are YOU to Speak for the LORD?

Any time you stand up, stand out, or do your hair in a different style, people notice. Some individuals are really good about it, saying things like,

“That style’s . . . different. I can’t say that it particularly flatters you, but if you like it, then it’s up to you.”

(One woman, after I had dyed my hair blonde after a two-year experimentation with being a brunette, waxed eloquent, in public, about the transformation:

“You just didn’t look good, at ALL, as a brunette. This blonde color is really cute.”)

Thank you. I think.

Well that’s hair color. When you start expressing your opinion, verbally or in writing, about more significant issues, like the best overall potato in the universe (Yukon Golds — give them a try, especially organic ones), Genetically Modified Food (GMOs), sex, rock and roll, or — this is a big one — no longer attending church services, then more people notice, and comment.

You expect it, and you get it — from all ends of the spectrum.

As a person who writes about Christianity, I expect, and get, all sorts of commentary, most of which is balanced even when the writer doesn’t agree with my opinion. We dialogue back and forth, and even if we can’t and don’t reach concordance, we maintain a level of politeness commensurate with civilized human beings interacting with one another.

And then there’s the hate mail, so to speak, of commenters violently disagreeing with me and vociferously letting me know. Some are atheists, but more, sadly, are Christians — really, really angry Christians who slap me across the side of the head with Bible verses that make their point quite . . . sharply.

Again, I don’t mind that we oppose. There are, after all, people out there who don’t like Yukon Gold potatoes and stand firmly by red ones or russets. We share the same planet together, even eat one another’s food, and agree to disagree.

Who Is Allowed to Speak, and by Whom?

Ah me. Potatoes and spirituality, however, are two very different things.

Recently, someone wrote me,

“Who are you, to speak for the Lord?” following up with numerous Biblical Scriptures, many of which began with, “Woe to the person who . . .” leaving me with no doubt at all as to who the person with all the woe is supposed to be.

“It’s fine for you to express your own opinions,” the writer wrote, “but when you speak for the Lord, you need to follow what Scripture says.”

This very attitude is why I —  a mild mannered middleaged woman — began writing about Christianity, and how ordinary people can successfully live it. I got tired of being attacked by Bible verses and being told — forcefully — what they meant.

Asking Questions Is Not a Sin

Years ago, the Son and Heir was in a junior high boys’ Bible study group, and being the inquisitive sort of creature that he is, asked questions that made his instructors uncomfortable. Questions like,

“How can God send a person to hell if they were born in a society hostile to Christianity, and they have no way of hearing about Jesus?”

“God put everything people need to know on their hearts,” the instructors replied, “and it’s those people’s fault if they don’t believe.”

“Doesn’t that seem a little unfair?”

“Nothing God does is unfair. You’re the one who has the problem because you don’t accept the way He does things.”

“What about John 10:16, when Jesus talks about sheep that are not of this pasture?”

Qualifications to Speak for the Lord

The instructors were speaking for the Lord, and so was the Son and Heir, and they were saying two completely and diametrically opposite things. From the instructors’ point of view, it was best to shut up and accept what one was told; from the Son and Heir’s perspective, God’s actions need to be in line with His being. If we allow one voice to dominate all others, we are tyrannized by the thoughts and opinions of a few.

That’s why it’s important that ALL Christians think for themselves, read the Bible and not be satisfied with a weekly sermon, and maintain a personal — not corporate — relationship with Jesus.

As a Christian, every moment is one in which you can speak for the Lord — by your actions, your thoughts, and your words. Don’t let those words be slavishly governed and controlled by the opinions and interpretations of other people.

Thank you for joining me at Commonsense Christianity. I post three times weekly, and I encourage you to subscribe to this blog (top right of the menu bar).

Quit Yelling at Your Brother 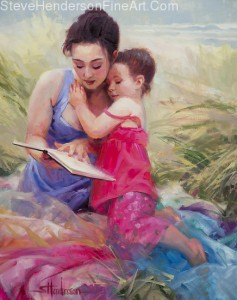