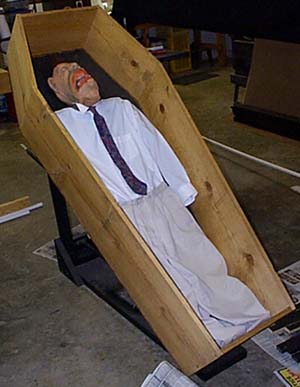 You learn a lot about a culture by how it treats its dead, and indeed how it approaches death.  This post will not be an historical survey of the practices and approaches of differing cultures. Rather I would like to reflect on the meaning of death and a Christian theological approach to death, as well as to funerals.   First let me give you a few lines from a wonderfully written novel I am reading by the incomparable P.D. James, the master of murder mysteries—

“Lettie was struck by how briefly death is allowed to interfere with life. The dead, however they die, are tidied away with decent speed to their designated place, a tray in a hospital mortuary, the undertaker’s embalming room, the pathologist’s table. The doctor may not come when called; the undertaker always does. Meals however sparse or unconventional, are prepared and eaten, posts arrive, telephones ring, bills have to be paid, official forms filled in. Those who mourn…move like automata into a shadow world in which nothing is real or familiar or seemingly ever will be again. But even [the mourners] speak, attempt to sleep, raise untasting food to their mouths, continue as if by rote to play their destined part in a drama in which all the other characters seem familiar with their roles.” (The Resident Patient, p. 239).

John Donne long ago reflected on death in a more theological mode than James in this passage, but it is interesting to see the differences, as well as some similarity. Here is Donne’s 10th Sonnet

DEATH be not proud, though some have called thee
Mighty and dreadfull, for, thou art not so,
For, those, whom thou think’st, thou dost overthrow,
Die not, poore death, nor yet canst thou kill me.
From rest and sleepe, which but thy pictures bee,
Much pleasure, then from thee, much more must flow,
And soonest our best men with thee do go,
Rest of their bones, and soules deliverie.
Thou art slave to Fate, Chance, kings, and desperate men,
And dost with poyson, warre, and sicknesse dwell,
And poppie, or charmes can make us sleepe as well,
And better then thy stroake; why swell’st thou then;
One short sleepe past, wee wake eternally,
And death shall be no more; death, thou shalt die.

Donne’s theological reflections on death are of course a profoundly more Christian one than James’  but this does not make what she says in the first quote above untrue.  Life stops for no one and nothing.  It just keeps going on, and to the mourner this seems initially absurd. How can this person or that person go on celebrating, go on working, go on having fun and enjoying life if  X has died, is the question that lodges in the throat?  It seems an insult to the beloved dead, a trivialization of their life and importance.

Death, oddly enough, provides us with a wake up call to remind us all, that very few if any of us are as important, as indispensable as we or our loved ones might think we are, if importance is measured by the impact we have or have had on the larger realm of our city, our state, our nation, the world.  Nations may stop to mourn a President untimely felled, or a Queen, or someone who has made a huge impact on the world, and not just on one’s own baileywick, but even then it is rare. Very rare indeed.  Time and tide and life wait for no one.  Not even those perceived to be ‘most significant’. Life simply goes on and there is no stopping it.

The first thing that is obvious is that our culture is in denial about death. When death comes it is most often a shock to the system of those closest to the deceased. It is as if we expected life to go on ad infinitum even in this mortal frame. But of course ever since Adam, it does not do that. Why do we continue to be surprised by death?  I have a tenative suggestion– because God originally made us for everlasting life, and there is a vestigial memory or understanding, however unconscious, that cries out in the face of death— “it ought not to be this way!”   As one Christian philosopher put it “God has put eternity in our minds…”   Just
so.

So much is our culture in denial about death that we even dress the dead up as if they were not dead.  The undertakers undertake to do all they can to make the corpse look good, look like they did when they were alive.  But alas for all this mummery, this pretending and show, the person is in fact dead.  On a rare occasion I sometimes wish that people would have to look on death as it is, and of course if you have lived long enough you may see it in war, or in an accident on the highway etc.  But our culture does what it can to hide it from us, all the while presenting us with the sham of death in games, on TV or film, over and over again depicting death of those who either cannot die (video characters, cartoon characters), or of those who don’t really die (actors in shows and films).  In fact I think this adds to the unreality of our situation. We continue to be in denial about death, not least because we see people who were killed yesterday on film walking about quite healthy the next day!   The line between death and life is blurred in this way.

Sometimes our culture has tried to sugar coat things.  Death is like sleeping, death is a pleasant passage into the afterlife, death is our friend, and so on. In fact this is not a Biblical view at all.  As St. Paul says in 1 Cor. 15 death is not merely brutal, it’s the last enemy, the very last enemy Christ will overcome by resurrection.  Death is the antithesis of life, and we should never forget this even when dying in a particular case may be the lesser of two evils for a person whose mortal frame has worn out or is riddled with cancer, or is causing unbearable suffering.  But in such a situation death is simply a ‘severe mercy’ as Sheldon Van Aucken once put it.  It is not an inherently good thing, nor should we give it more credit than it deserves by trivializing death by saying things like— “well its just a natural part of the life cycle”.  No, its not— its the end of a particular life cycle, not a part of it.

In Donne’s poem, which I dearly love, Donne helps us understand a Christian perspective on death, which entails, amongst other things, the premise that there is something greater than death out there, namely life, everlasting life.  God’s yes to life is greater than death’s no and by the gift of everlasting life and resurrection death is overcome, is swallowed up by something greater— life.

This is the pith of that sonnet, and its premise, and I agree with Donne. This is why St. Paul insists that Christians should not ever grieve like those who have no hope of everlasting life. Not ever.  Grieving too much in fact amounts to having a pity party– its feeling sorry for yourself more than anything else.  If you truly believed your loved one has gone “to a better place”– a place where suffering, sin, sorrow, disease, decay, and death cannot touch them, then your continuing to mourn them is self-referential more than anything else.   Christians need to learn to grieve as those who have a great hope, who believe in everlasting life.  A Christian funeral should indeed involved a celebration of the life the deceased had where appropriate and a celebration of the life they have to look forward to as well.

I remember doing a funeral in Chatham county many years ago. It was an elderly member of one of my four churches, and the cemetery was well up on a hill. It was March and windy, and we had gotten to the interment, and all had gone well up to that juncture. As I was doing the burial ritual I was facing a whole line of folks under a tent sitting in little folding chairs which were not very substantial. At the end of the front row was a little old lady wearing a bonnet.  Suddenly there was a huge gust of wind and she was literally blown out of the chair and started rolling down the hill!  I dropped everything and ran after her. When I got to her near the church she was picking herself up and dusting herself off and saying in a loud voice “you know, I guess I always was a holy roller!”  This produced an enormous laugh from everyone, and the solemnity and dark pall that hung over the ceremonies was broken— thank God.  Christians honor the dead better by remembering life and joy and love and happiness and even the humor in life, rather than by acting like death somehow puts an end to everything for a Christian.   It doesn’t and we need better funeral practices that make clear that it doesn’t.

One final reflection. It is not the task of the minister to preach the deceased into Jesus’ arms or in to Hades.  Funerals are not primarily for the dead, they are for the living, and it is important that the minister remember this fact and do her best to address, to empathize with, to comfort the mourning.  Jesus promised “blessed are those who mourn for they shall be comforted” (at the eschaton). A funeral should be a preview of coming attractions, a reminder of resurrection and life eternal, but at the same time we have no business trivializing a person’s loss or minimizing their feelings of loss which may even for the Christian be overwhelming at times.   In short we should not be in denial about death, but nor should we give death more credit, more authority, more power than everlasting life. God’s yes to life is indeed louder than death’s no— that’s what Jesus and Easter tell us again and again.

Think on these
things. 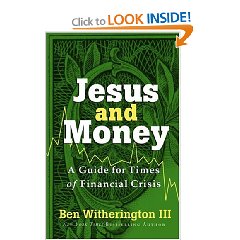