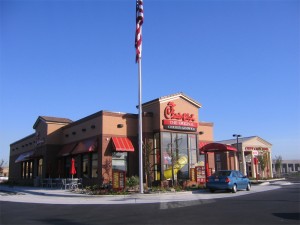 On Monday, the Jim Henson Company released a statement saying they would no longer partner with Chick-Fil-A on any endeavors.  The decision was a result of recent interviews involving the chain’s chief executive Dan Cathy who stands on the premise that his company stands by their Christian beliefs and supports the “traditional family”.

The liberal media is of course having a hay day with Cathy’s statements and the company’s charitable donations to Christian organizations that are against gay marriage as if this was some recently discovered skeleton released from the Chick-Fil-A closet.

Who does not know that this is a company that was built based on biblical principles? Founder S. Truett Cathy is a devout Southern Baptist; his religious beliefs have a major impact on the company.  The company’s official statement of corporate purpose says that the business exists, “To glorify God by being a faithful steward of all that is entrusted to us. To have a positive influence on all who come in contact with Chick-fil-A.”

Certainly the Jim Henson Company was aware of these principles when they entered their contract with the company.  Chick-Fil-A has never wavered on their beliefs or even in this instance “bashed” gay marriage, they simply reiterated their beliefs.  Incidentally, if they were bashing, would they have ever entered a contract with the Henson Company or given out Muppet toys in their restaurants knowing the company celebrates diversity and inclusiveness?